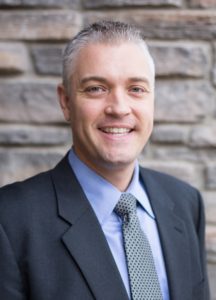 Mark A. Wilson has been licensed as an attorney since 2008, and concentrates his practice in the areas of probate and trust administration and litigation, as well as estate planning. He was certified as a specialist in Estate & Trust law by the State Bar of Arizona in 2015, becoming one of the youngest attorneys to ever achieve such certification in Arizona. He began working at the firm when he was 10 years old doing things such as filing and making copies and gradually working his way to performing services typically done by paralegals, and gained significant experience working as a law clerk at the firm during law school.

As an attorney, Mr. Wilson has been involved with a substantial amount of litigation, has conducted numerous trials and participated in dozens of settlement conferences, and has obtained judgments on behalf of beneficiaries against personal representatives of estates and trustees of trusts in excess of $1 Million. He has successfully removed numerous personal representatives and trustees that engaged in wrongdoing, and has successfully defended personal representatives and trustees accused of breaching their fiduciary duties. Mr. Wilson has also represented many clients in guardianship and conservatorship matters, has handled countless probate and trust administration matters, and has represented hundreds of clients in connection with their estate planning, preparing wills, trusts and all related documents in connection with implementing a well-rounded estate plan.

Mr. Wilson was born and raised in Arizona, graduating from Valley Christian High School in Chandler. He played baseball at Mesa Community College and finished his undergraduate work at the University of Arizona, receiving a Bachelor’s Degree in Business Economics and graduating cum laude in 2005. After that, he received his Juris Doctor from the Sandra Day O’Connor College of Law at Arizona State University in 2008. While at ASU, Mr. Wilson earned the Probate and Trust Section Award from the State Bar of Arizona, and he was admitted to the Arizona Bar on October 22, 2008. In his free time, he enjoys spending time with his wife and 3 kids, playing golf, coaching baseball and going to Arizona Diamondbacks games.

Certified as a Specialist by the State Bar of Arizona:

CALL FOR A free consultation